Enjoy All Springtown Texas & Parker County Have To Offer 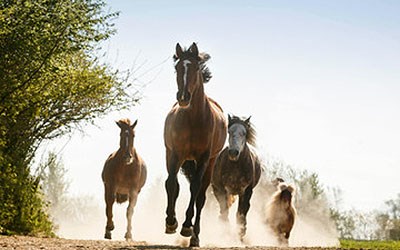 Parker County’s inclusion in the Dallas-Fort Worth Metroplex makes it the ideal place to live for those who want a rural lifestyle, while still being relatively close to larger cities outside the county (Fort Worth is 25 miles from Springtown).

Let’s take a closer look at what makes places such as Springtown, Weatherford and Parker County special to area residents.

The Comanche and Kiowa Native Americans originally inhabited the region until Anglo-American settlers arrived in the late 1840s. Parker County formed in 1855 and places such as Weatherford and Littleton’s Springs (now Springtown) soon arose. Colorado farmer and rancher Charles Goodnight (A.K.A “The Father of the Texas Panhandle”) brought ranching to the High Country in the 1870s, but he also made an impact farther southeast. Goodnight had a friend who’s dying wish was to be buried back home in Parker County. The story of that 600-mile trek inspired Larry McMurtry’s classic novel “Lonesome Dove.”

Our area is big on preservation of and education about its western heritage, and places such as the Springtown Legends Museum celebrate that. The James and Dorothy Doss Heritage and Culture Center in Weatherford also captures the old west, while those seeking more contemporary history can check out the National Vietnam War Museum.

Springtown’s motto is “Where Country Meets Living,” and the city promotes its historic downtown, along with community spirit marked by various annual events such as Old-Fashioned Christmas and the Wild West Festival. Not to be outdone, Weatherford hosts the Parker County Peach Festival — highlighting its status as the Peach Capital of Texas.

While history and culture are interesting, for many the biggest draw to country living is the outdoor recreation. If you love lake life, Parker County is a nice find. For one, there’s Lake Weatherford with 1,158 acres of water for fishing largemouth bass and catfish, and America’s longest floating boardwalk. Lake Mineral Wells State Park & Trailway offers a comparatively smaller body of water (still 640 acres) but it has rock climbing, and miles of trails for hiking, biking and horses.

Yet, the vast 8,700-acre Eagle Mountain Lake in neighboring Tarrant County can’t be missed. It has excellent white bass and crappie fishing, numerous parks and trails, and stunning scenery. It’s no wonder there are so many waterfront homes here! Additionally, the Brazos River runs through Parker County, offering recreation and property such as homes and buildable lots with river frontage.

But if you’re more comfortable on land, you might take advantage of Weatherford’s title as the Cutting Horse Capital of the World. There (and across North Central Texas), riders of all experience levels can pursue English or Western Style riding at equestrian centers, ranches, farms and camps of all kinds. 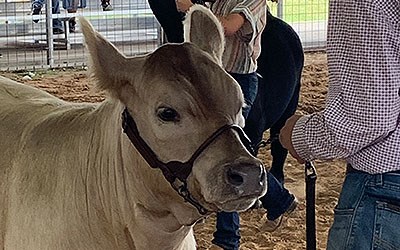 After you’ve explored all the festivals, learned about western heritage and relaxed at area lakes … what else is there to do in this region? Plenty! Nature lovers can head to Chandor Gardens in Weatherford to stroll the peaceful paths or book a special event. Or go to Fort Worth Nature Center & Refuge for wildlife viewing among the forests, prairies, and wetlands.

Nearby Boyd, Texas, has the Wild Animal Sanctuary, where visitors can see lions, tigers, bears and other rescued animals, while learning about the captive wildlife crisis. An hour and a half from Springtown, Dinosaur Valley State Park is also popular. It has the usual state park amenities, but also ways to map and see real dinosaur tracks on the Paluxy Riverbed.

Are you a wine enthusiast? If so, you may have heard that Texas has some of the best vineyards and wineries in the country, including in and around Parker County. Thistleridge Ranch and Dove Ridge are great starting spots. Welcome to the county and North Central Texas! We think you’ll love it here.